Good News: Remote To The Rescue 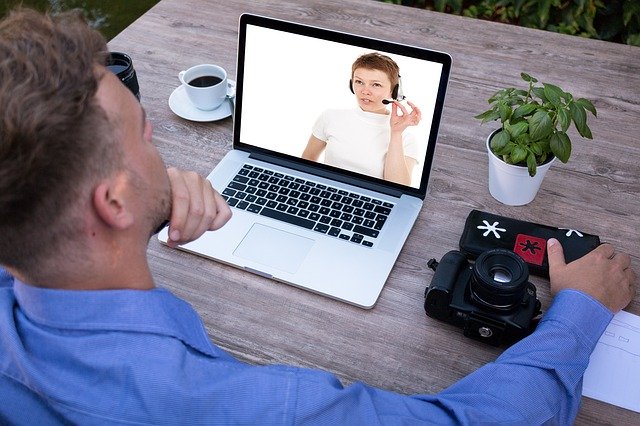 Last week became a domino listing of conferences being cancelled, and today I am not at a conference that was very exciting for me to attend. Do we understand, yes we do. Is it sad, yes, for many of us. The CDC (Center for Desease Control) has suggested we have gatherings of no more than 50 for the next eight weeks. While these are rough times, and some things about it are not good we need to remain greatful for the things that are. Certainly a time of morning any tragic loss is a priority for those close to tragedy or those who are deeply impacted by this season.

On the outside we are seeing something that is overdue. Online has always shown potential but it has been overshadowed by facts. The fact is in person is better in most cases. What that is factual, it has caused people to be slow to explore it’s value. In person is better, but the value of online is a potential we have failed to embrace.  There is a principle of sustainability where we prepare for possible challenges and opportunities. When it comes to online our preperation has been lacking. Fortunately visionaries have been engaged and active.

The first visible sign people were feeling the impact of this situation was ironic. Apparently the most valuable commodity in time of isolation is toilet paper! Who knew, and how much do people need? Then, yesterday, my children went skating because the ice rink was closing down early this year. As the free skating ended hockey players were showing up for their last opportunity of the season. Early shut down due to the virus challenge. The it occured to me, wow, this is going to impact major sports also. Professional to college to high school. So, there are things that the internet will work for and things it won’t replace.

Last week I learned that bigger conferences from Google I/O to Apple WWDC were being shifted to online. There is a conference in early May, with the 8 week time line that could also be cancelled. They have some awesome pre-conference workshops planned. I am guessing there are few people reading this post that don’t have similar stories to tell. Apparently Italy is a couple of weeks ahead of us and they have gone as far as restricting people leaving home for anything besides food or medicine for a short season.

So, we are all packing in extra food. We are making sure our Netflix ( or your service of choice ) is there to fill our empty time, to break the silence. Hey, side note… this might be a great time for families to learn to reconnect, just saying. OK, back to our topic.

Where do we have new opportunities to learn? We will be following up with these during this week, but here are the topics for each of our post to come.

The good news is as mentioned above, people have been creating technology that will assist from our in house intertainment to our ability to do business we could not have done 50 years ago. We have progressed from film movies, to VHS, to DVD, to Blue Ray, to online services that provide super high resolution movies and television on demand. This entertainment has had a side effect of promoting technology beneficial to business. Now we have online video conference technology that will let many businesses continue. While the benefit will vary from one business to the next, most businesses will benefit from remote online meetings.

So, yes, we could be farther behind this opportunity but we are also farther along than we would be if the business world was the only influencer. This doesn’t mean we should justify watching Netflix at work, but it does say that the entertainment industry has certainly moved business technology forward. Over the next two months, online is going to reach new highs. Servers will be tested in ways they have not been tested before, world wide level testing.

Yes, these are certainly challenging times. Unlike times past, information flows at incredible rates. We have seen tension but not at the level of times past. We may not yet have all the technology to fight new viruses but we have ability to deal with it unlike any time in history. So yes, new challenges but also levels of communication that drive better flow of the information. Hey, it’s a good season where we see politicians from both sides of the isle putting down the weapons more often and focusing on the people they were elected to serve. This proves potential is still there.

Remember your neighbors, take care of your families and keep moving toward the future!